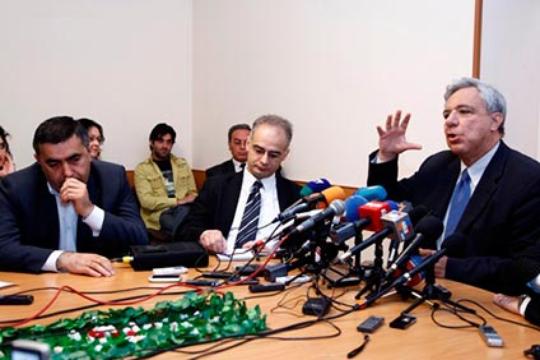 After PAP and ANC, the ARF party also announced its decision not to participate in the presidential election.
According to the reporter of “First News and Analyses” Hovhan Mandakuni, this is quite expected, especially after the ANC and PAP. However, in the case of the positions of these three forces, a question arises as why these forces do not announce a boycott.
The reporter notes two reasons for non-participation: either a deal with the authorities, or an agreed policy. But for being a policy it should call for a full boycott, otherwise non-participation becomes a deal, or simply a testimony of weakness, bankruptcy and confession.
In this respect, confession is prevailing in the ANC, the ARF and PAP, at least until now, as the forces have not been able rational explanations for their decisions. At the same time, their behavior is very similar to the other one, almost repeating each other, impression of which is that these forces, however, may have some degree of agreement. The joint agreement, if it exists, will be a force majeure development, or there is no consensus, or joint is only the marsh, in which the parties appeared.
According to Mandakuni, in normal political system similar situations could arise. And the more abnormal thing is that in these situations are the parties and forces, which, allegedly, act with an open system and open policy.
“No matter how paradoxical it may seem, today the government started to play more open than the opposition. The problem is that the government understood that as a political force the popularity of the opposition is not so much the proposals and type of the public opposition, as the closed system of the government. It is not accidental that the opposition appeared to be almost in the same condition, in which a few years ago was the government.” concludes the reporter.