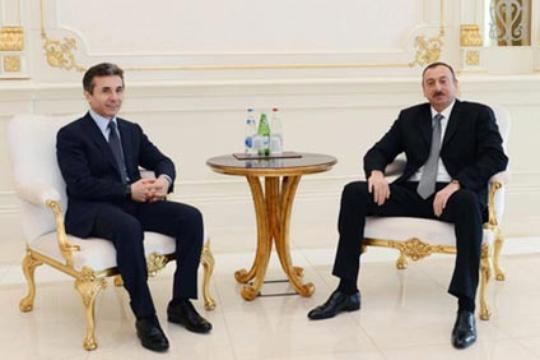 During the meeting, the sides noted that bilateral relations between Azerbaijan and Georgia were successfully developing in a variety of fields, including economic and energy ones.

They expressed confidence that the bilateral ties between the two countries would continue to expand.

The Azerbaijani President and the Georgian PM discussed prospects for bilateral relationship and various issues of mutual interest. The meeting was followed by a working dinner with the Azerbaijani and Georgian delegations.