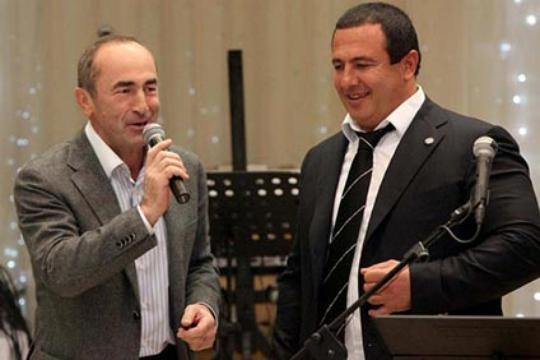 Robert Kocharyan not to go to “Ojakh” restaurant

Today, at 18:00 p.m. in “Ojakh” restaurant opened the annual event of Olympic Committee of Armenia.
According to the information of “First news and Analyses”, the meeting was attended by PAP leader, head of Olympic Committee of Armenia Gagik Tsarukyan and Serzh Sargsyan. Last year Robert Kocharian was also present and two Presidents received leopards with diamond chains as a gift from G. Tsarukyan.

We asked Robert Kocharian’s press secretary Victor Soghomonyan whether he was invited to the event in “Ojakh”. “Mr. Kocharian is not in the country, therefore, he will not participate. I suppose he has received an invitation, but because he is abroad for already long time, he will not attend.” said Soghomonian in response. The press secretary didn’t say where is Robert Kocharian, reasoning that it is a “private visit.”
When asked to speak about Kocharian’s plans for the upcoming presidential elections, Victor Soghomonyan said that soon the second President will refer to the political situation and developments.