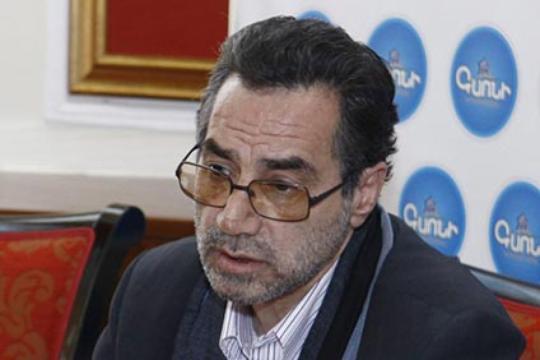 Everything is personalized in politics: Armen Mazmanyan

Armen Mazmanyan states everything is personalized in the politics. Unless there is a struggle for ideology and not the post or oligarchy, there will be no normal political life in the country.

Mazmanyan states there are 40-50 political parties in Armenia and each of them thinks it carries the best of all possible ideas. Such things do not happen in normal countries. As Mazmanyan says if there was one leader with one plan, he would be presented as a candidate. He says when Hrant Bagratyan speaks he does not know whether to laugh or cry because he speaks of the evils to be eradicated but which were rooted in the country because of him exactly.

Mazmanyan concluded the current president will be reelected and no political turbulences are expected in the country.