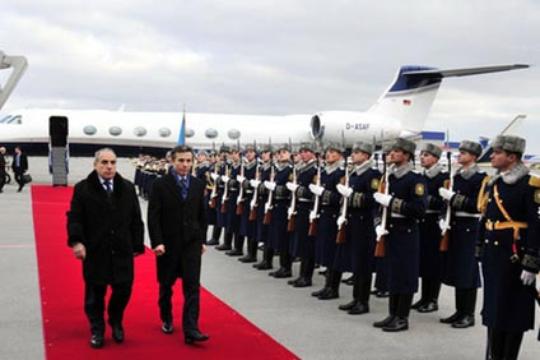 Ivanishvili was welcomed by First Deputy Prime Minister of Azerbaijan

As reported, a guard of honor was lined up at the Heydar Aliyev International Airport, decorated with state flags of the two countries, in honor of the Georgian Prime Minister.
Prime Minister Ivanishvili and Yaqub Eyyubov had a short protocol conversation at the airport`s VIP room.