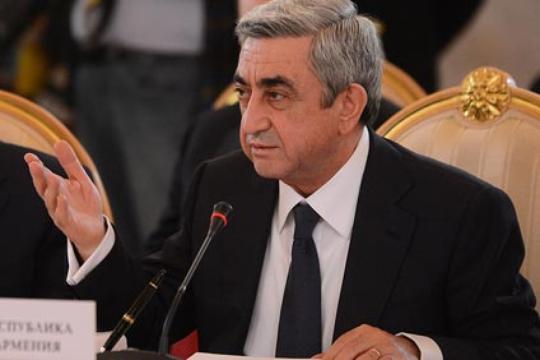 Defeat to be heard some years later

Musa Mikayelyan in his political analysis states the elections’ results are predetermined already and it is clear Serzh Sargsyan will win providing the opposition with some number of votes.

Mikayelyan says Sargsyan might win his opponents but he will not win the state in the country which causes a large number of immigration and where the citizens do not feel safe. From this point of view Serzh Sargsyan lost the elections and might be concealed underneath indexes showing an increase in certain areas. Mikayelyan states
Sargsyan will either fight the situation – his real opponent, or try to create another artificial counterbalance to win it again and show his power. It will be harder every time to create these artificial powers to win them year by year.

The upcoming elections winning is just a seeming victory which will be not a turbulent defeat with threats to national security from within, but a silent and loyal defeat which will be felt some years later.

Mikayelyan concludes none of these processes has to do with the civic society and will not provide a solution to their problems. The most important thing here is Serzh Sargsyan’s victory is built not with the support of the public but at expense of the latter.