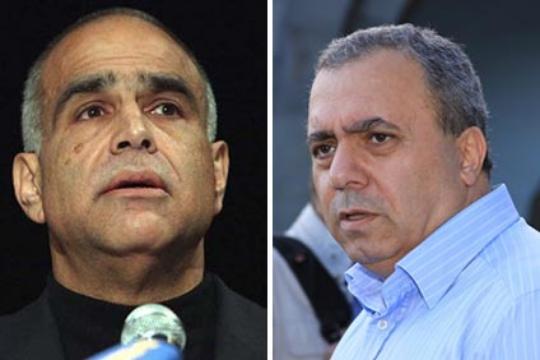 Great crisis. To be, or not to be, or what the opposition is ready for

By announcing his intention to run in the elections, the former Prime Minister Hrant Bagratyan made a very interesting statement that his primary goal is not power, but teaming up with new associates.

Aram Amatuni writes in his analyses that at first glance, these two realities are different from each other, but there is a complementarity, they derive from each other. And when looking at the problem from this perspective, it becomes clear that the situation is not so strange: there won’t be any power, if there is no solid team of associates.
But there is a question whether the associates will team up, if there is no main objective of upheaval. We know that the government is ready for everything to keep its position and power, but what is the opposition ready for the aim to change the power is not yet clear.
The reporter notes revolutionary developments in the case Hrant Bagratyan are, of course, excluded. Shocking scenarios are not for him to implement and he does not have the relevant public prestige.
At the same time, however, there has not yet been heard any convincing explanation of the boycott in the political field. The fact that the boycott will deprive the incumbent President from legitimacy is a relative argument. The point is that perhaps even the RPA speakers have no illusions about Sargsyan’s legitimacy, although they repeat day and night that the incumbent president is an undefeated candidate. In fact, legitimacy means being accepted by the public, which Serzh Sargsyan doesn’t have since 2008.
“Boycott is to solve a larger problem, and that solution is not being offered by any power, which refused to participate in the presidential election. And this brings forward not the matter of legitimacy of Serzh Sargsyan, but a new wave of public disappointment. In other words, a boycott. The unformulated political dilemma is a sign of a great crisis that exists in Armenia’s social-political arena, and that no determination of status for the presidential election can be effective, until it has not been resolved. So it will be more useful to be honest with the public and to consider the presidential elections as the denouement of the social and political crisis and the creation of new ways.” concludes Aram Amatuni.