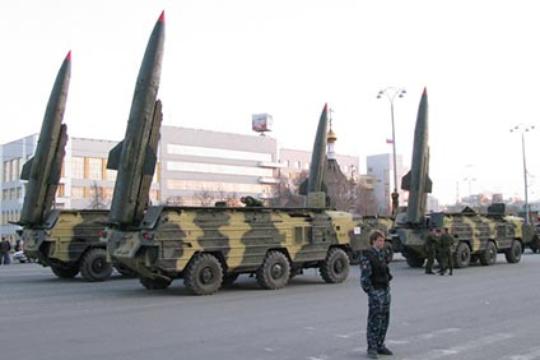 Armenia continue to modernize its forces with precision weaponry

Asbarez writes that according to the report of Armenian military, there is a “significant” arms acquisitions in 2012 and added it will continue to modernize its forces with precision weaponry in the coming years.
Artsrun Hovannisian, spokesman for Armenia’s Defense Ministry, announced the following:

“At the beginning of this year we declared that we have acquired new rocket systems capable of neutralizing active armor protection of enemy tanks. This is just one example new-generation precision-guided weapons. Naturally, we do not declare some things immediately. But those acquisitions are significant and they will be unveiled little by little. The focus remains on extremely precise means of firepower that have serious preemptive functions” said Harutyunyan.
Some of the long-range weapons possessed by Armenia were demonstrated for the first time during a military parade in Yerevan in September, 2011. Those included Russian-made Scud-B and Tochka-U missiles capable of hitting strategic targets deep inside Azerbaijani territory.

Armenian army also appears to have been reinforced with more advanced versions of Russian-made S-300 air-defense systems. IMINT and Analysis, a U.S. defense newsletter using open-source satellite imagery, reported in October that such systems have been deployed in the last two years in Armenia’s southeastern Syunik province adjacent to Karabakh. The online publication said their sophisticated surface-to-air missiles not only cover the entire Karabakh airspace but can also thwart air travel between Azerbaijan and its Nakhichevan exclave.