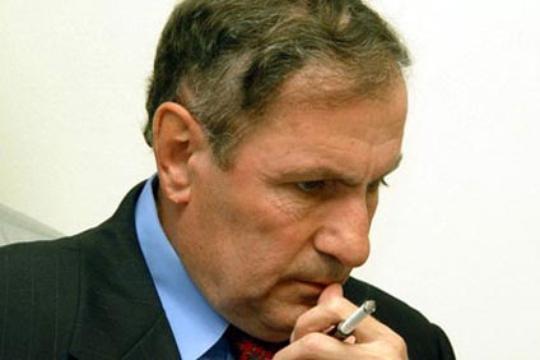 Levon Ter-Petrosyan will not put his candidacy

Levon Ter-Petrosyan gave an interview to the “Chorrord Ishkanutyun” paper. Ter-Petrosyan stated he could not understand the mass media and all those who brought pros and cons of his candidacy not considering the most important point. A candidate over 60 will not put his candidacy at least this is what the developed countries exclude. Although there are exclusions from this rule, but they usually happen at extreme situations where the state in the country is so that it has to be taken control of by a leader with consolidation powers to take the country off the collapse.
Ter-Petrosyan stated Armenia is not in such a condition, on the contrary, there is overpower in the country instead of anarchy. There is a group of people who have seized the political power and in case there were need to change the power in the country, Ter-Petrosyan says he doubts it would be him.

Ter-Petrosyan stated he will not be a candidate for the president in the upcoming presidential elections since a 68 years old politician does not have the same energy and stamina as 40-60 years old one. He stated the age is the main reason he withdraws from the candidacy.

According to Ter-Petrosyan there will be people who will objectively estimate his step and there will be people who will be happy about this decision because the latters think it was him who devastated the political life in the country and hindered the evolution of new leaders except for the case of 2003 when Stepan Demirchyan won the elections with Robert Kocharyan. Ter-Petrosyan says now the way is free for the new leaders to come and make changes.
To the question whether it is a normal phenomenon to leave Serzh Sargsyan without an equally competing real opponent especially after Tsarukyan’s withdrawal, Ter-Petrosyan said Serzh Sargsyan is no better than Ilham Aliyev and even in case Sargsyan gets 100% of votes, his legitimacy will be as much as it used to be for Sadam Huseyn, Gadaffi or any other autocrat leader.
Ter-Petrosyan concluded all the other problems the public is concerned with will be considered after the elections not to have an influence on the latter.