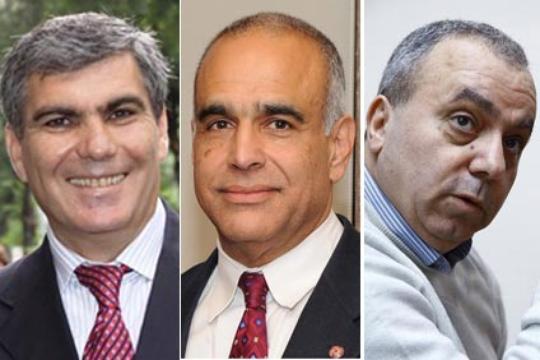 Aram Amatuni in his political analysis writes the decision of the head of the “Republic” party Aram Sargsyan not to put his candidacy on the upcoming presidential elections was a rational one. It is not only the fact that he would have no chances which is true by all means, but more it is the reality that opposition of the country is already presented by Raffi Hovhannisian and Hrant Bagratyan who are both west-oriented as Sargsyan is. Aram Sargsyan would not hinder the two mentioned opposition candidates to win; the reason is he would not be able, like the previous two, stop the reproduction of the incumbent government, Amatuni states.

Amatuni states Sargsyan has always been a candidate that goes for compromises, last time he yielded from the presidential elections for Stepan Demirchyan to be put as a candidate, when everything failed because Artashes Geghamyan, Amatuni goes on. This is the reason the ANC goes to fail because the opposition parties engaged in the congress see the diversion from the course they used to follow.Sargsyan is not an exception.

Amatuni states, to be more concrete all the fractions within the congress agree with the course, only now it is time to show that they have the strength to make decisions on their own.

Amatuni concludes, despite their will to function independently, the opposition leaders of different parties are incapable of achieving a tangible result, but in order to have a joint operation, an ideology is needed the opposition lacks today.