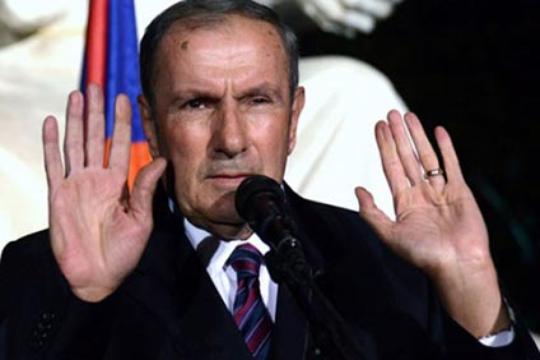 Reporter of “First News and Analyses” Eghiazar Ayntaptsi writes that Levon Ter-Petrosyan seems to have really made his decision, and not because of Hrant Bagratyan’s decision, but because of something that took place earlier. It is about Levon Ter-Petrossian’s article that was published on the eve of the NA extraordinary session, which was convened by the ANC, and was boycotted by the RPA. Levon Ter-Petrosyan, breaking his long silence, published a small article in the media, where he suggests the opposition not to lose the hope in case of failure, go to court next time.

In this context, reporter notes that it was surprising that one of the world’s most silent leaders of the opposition Levon Ter-Petrosyan suddenly decided to make such a publication. At the same time, his tone addressing to the opposition was very remarkable, as if he was not the leader or the member of the opposition.

Another interesting fact is that the majority of the ANC will automatically appear out of the game, when Levon Ter-Petrosyan leaves it, because there are few ANC members that have political autonomy. Of course, Ter-Petrosyan has its share of sin in this situation, because instead of encouraging independence, being the ANC leader was encouraging subjugation and non- subjugation.

Tomorrow will take place the conference of the Pan-Armenian National Movement and it is expected that Levon Ter-Petrosyan will announce his decision. However, this decision will not already change anything.