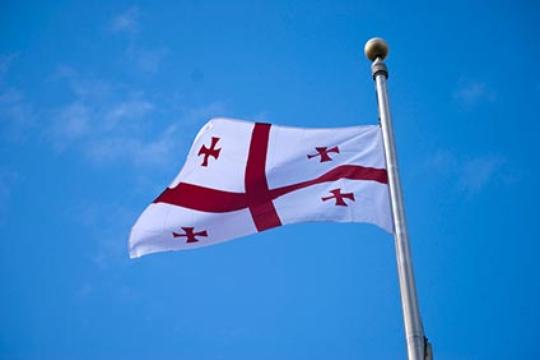 Their arrests, on charges of corruption, while hailed by many critics of Saakashvili, have further fueled worries about allegedly selective prosecutions.
That sense of unease extended even to one member of the Georgian Dream, who spoke up on Facebook for the 36-year-old Gvaramia, his status update duly broadcast by Rustavi2.

Some reporters went still further and questioned why it is necessary to keep the ex-officials in jail during the holiday season, given the ongoing investigations into their cases. Justice Minister Tea Tsulukuni’s response? Ringing in the New Year from prison is “not a big deal.”

Saakashvili has strongly defended the incarcerated ex-officials, saying they were arrested by “classroom underachievers.” UNM parliamentarians responded by walking out of parliament. Angry protesters who mobbed the presidential convoy, and had at it with UNM lawmakers, were certainly ready to wish them well on their way. Ivanishvili condemned the incident, but Saakashvili placed the blame on the prime minister, adding that the Georgian Dream also wants to take away his bodyguards.

“Fine, take [them] away . . .” he said. “I will walk around alone with pleasure.” As earlier, the key question is whom prosecutors will want to take away next from Saakashvili.

Although they have not been charged, ex-Prime Ministers Vano Merabishvili, the UNM’s secretary-general, and Nika Gilauri also feature in telephone recordings presented as part of the government’s corruption case.
Yet despite what misgivings exist for the government’s handling of its cases against ex-Saakashvili officials, many Georgians, thinking back to days of old, have a hard time stomaching UNM complaints that Ivanishvili’s government is targeting “free media” and the political opposition.
Concerns about holidays spent in jail aside, memories of some of the tactics used against political opponents and critical media when the UNM controlled Georgia’s cabinet are still very much alive.