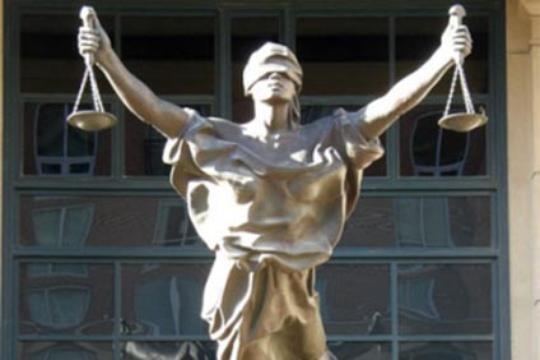 Justice and Revenge in Georgia

Commentators have been asking whether the recent wave of arrests by Georgia’s new government of former political rivals is about justice or revenge. The crackdown is about both. At the same time, the question is probably the wrong one. The issue is not the wrongdoing of Saakashvili’s former ministers, which only an independent investigation can assess. The focus should be on consolidating democracy and strengthening political institutions.

By making the transition a question of justice, many have tried, as they have done since the “Rose revolution” in 2003, to depict President Saakashvili and his team as white as doves. These unconditional supporters of Saakashvili, should have criticized him earlier to push him to really act as a democrat. It was the best way to protect Saakashvili from himself. But today those supporters, as well as Saakashvili’s former ministers, ask for justice, protection from the opposition and a balanced media. They would be more credible today if they had spoken this language for the last eight years.

Saakashvili should be praised for the very difficult—but often successful—reforms he initiated in a number of areas. Corruption has disappeared from daily life. Judges and police don’t take bribes anymore. Criminality has diminished significantly. Public services have been modernized. But there is another side, as shown in videos released two weeks prior to the October 1 parliamentary election. For the first time, Georgians saw abuses against inmates in prisons. That scandal, whose timing was no coincidence, probably handed victory to the “Georgian Dream” coalition led by the oligarch Bidzina Ivanishvili.

Saakashvili’s mistakes lay in two areas. First, he was convinced that statebuilding had to come before democratization. In his view, it was more important to fight criminality, even with tough instruments, than establish a solid rule-of-law system. Second, he and his team made a liberal revolution without abandoning the illiberal Soviet heritage: they accused critical voices of being enemies of the “Rose Revolution” or pro-Russian. Even if there was some truth to this, they failed to create a genuinely liberal atmosphere in the country. This is why they nipped some opposition moves in the bud. Despite some distrust towards Ivanishvili and his “Russian” oligarch past, critical voices were prompted to join him after he entered in politics in October 2011 with his promises to topple Saakashvili.

Today, dyed-in-the-wool Saakashvili supporters believe that the more than 20 officials, including a former head of the penitentiary system and former minister of defense Bacho Akhalaia, are jailed only because of political retribution. Is this helpful for Georgia? Certainly not.

At the moment, former prisoners are testifying against Akhalaia, for example, because of the torture they say Akhalaia inflicted on them in the fight against criminality. Some soldiers also allege torture while he was trying to make the army more loyal after the 2008 defeat in the Russian-Georgian War. “It is not because you are a high official that you don’t have to face justice. We’re putting an end to the sense of impunity that prevailed under Saakashvili,” said Thea Tsulukiani, 37, the new Georgian minister of justice.

But many cases are not “political” at all. “Since I’ve become minister [October 25th], I have received more than five thousand demands from people asking for their case to be reviewed, because they were abused in jail, because their property was illegally stripped away,” says Tsulukiani. For years, human rights watchdogs have denounced property-rights violations, unfair justice (the acquittal rate was less than 0.1 percent), control over media (even if they remain much freer than in most of former Soviet republics) and nontransparent use of public money.

This doesn’t mean that the current wave of arrests is not also “selective justice,” motivated by revanchism. Most of the former officials arrested were charged for minor crimes. But it’s not clear, for example, why there was a rush to sue a dozen Interior Ministry officers who illegally wiretapped Georgian Dream members during the election campaign.

Tsulukiani explained why she came back to her country from France, where she had been working at the European Court of Human Rights: “One of my biggest goals has been attained. It was to defeat the [Saakashvili-led] National Movement so that it has no political future as a ruling party, and this makes me very happy.” The new government is about to make the same mistake Saakashvili made with his opposition. Now we understand why there is fierce pressure exerted on several local governments from the United National Movement (UNM); why some MPs say they are pressured to leave UNM to give Georgian Dream coalition a potential constitutional majority and eventually start an impeachment trial against Saakashvili; why there is judicial harassment of the former minister of internal affairs Vano Merabishvili or the current Tbilisi mayor Gigi Ugulava.

The worst mistake would be to repeat the Ukrainian scenario, where President Yanukovych jailed his strongest opponent, Yulia Timoshenko. She also is not white as a dove. But Yanukovych’s political motivation was so obvious that it led to Kiev’s isolation, especially from the EU. All the new government’s moves should be about strengthening Georgian political institutions. There will be no democracy without a real opposition. And for almost the first time, a former Soviet republic has a strong one, with a clear ideology (pro-Western and economically liberal), very experienced people, a strong television presence and some money. Killing this would be killing a historic chance to consolidate democracy in Georgia.