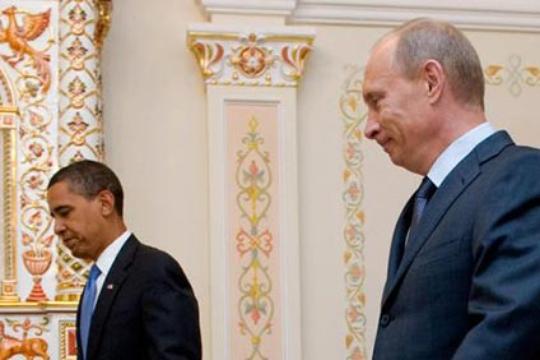 Political Tit-for-Tat Threat for US, Russia

Dmitri Trenin from Carnegie Moscow touched upon Russia-U.S. relations. Find the article below.

The US Congress passed the Magnitsky Act against Russia on December 6. The Magnitsky Act is essentially a political statement. One does not need an act of parliament to ban certain foreign nationals from entering a country, nor to own assets there.

The Obama administration had been fully prepared to keep those Russians accused of complicity in the death in prison of lawyer Sergei Magnitsky away from American shores. Congress, however, wanted a public statement, a piece of legislation, which it finally got, and which President Barack Obama will duly sign before the end of the year.

Congress actually obtained a little more: a similar bill in the Russian Duma aimed at Americans who “violate the rights of Russian citizens,” which was immediately dubbed “anti-Magnitsky.” There is no doubt that, like its US model, the Russian bill will soon become law.
In principle, barring a few low-to-mid-level Russian prison officials and doctors involved in the death of Magnitsky from entering the US is no big deal: America is hardly their favorite destination. It is also unclear whether any of them are keeping any assets in US banks. The Russian response, on the face of it, seems even more ludicrous. Very few Americans venture out to Russia, and hardly anyone keeps one’s savings in Russian rubles or Russian banks.

It may be that the scandal will soon blow over, allowing a few lawmakers several thousand miles away to trade blows, which will do no real damage, but will allow them to burnish their patriotic credentials. Very tellingly, in both parliaments, despite the deep divisions among parties, these measures met with overwhelming support.

There is little doubt that Presidents Obama and Vladimir Putin do not wish a further deterioration of the already complicated US-Russian relations, as both countries are pondering the question: What after the reset? However, the atmosphere in the bilateral relations has markedly worsened during 2012, and the Magnitsky vs. anti-Magnitsky duel looks like a culmination of increasingly acerbic exchanges.

A year ago, Putin was incensed by the US government’s open support for Russian NGOs monitoring domestic elections; inevitably, he proclaimed his success at the polls in March a victory over foreign ill-wishers. Later, the Russian parliament ordered foreign-funded NGOs to be registered as “foreign agents,” and expanded the definition of high treason. US politicians and even some administration officials denounced these steps as a serious infringement of human rights. Moscow in turn terminated several arrangements which had been in existence for two decades and allowed the US easy access to Russia.

About 20 years after the constitution of the present Russian state, the Kremlin has not only decided on a policy of “sovereignization,” which means discarding the legacy of “unequal agreements” from the 1990s, and evidently turned its back on Western lectures on human rights, but is even questioning the Western interpretation of these rights. Even as there are attempts to promote Magnitsky-style legislation in Europe, Russian officials are not shy to publicly snub European institutions. The speaker of the Duma canceled what would have become his first-ever visit to the Parliamentary Assembly of the Council of Europe after it had become clear that his speech would be subjected to harsh criticism, in the wake of the Pussy Riot scandal. In Russian semi-official circles, it has become fashionable to sneer at Europe’s contemporary values, such as “boundless tolerance,” “putting rights above responsibilities” and multiculturalism.

To fight accusations with counter-accusations, Russia has introduced the practice of monitoring human rights in the US and other Western countries, issuing reports on the state of human rights in America and Europe. Of course, neither the Russian government nor the public particularly cares about democracy and human rights outside Russia’s borders. The best attitude toward the subject, in the official Russian view, has been the recent decision by the Attorney General of Texas, who legally barred election observers from the Organization for Security and Cooperation in Europe from coming anywhere near polling stations during the US presidential elections in November.

There is one important exception: Russian people’s rights abroad. There may be thousands of young Russian victims of domestic violence, but each case of violence against Russian-born children adopted by Americans is prime-time news. The one name mentioned in connection with the anti-Magnitsky bill has been that of Viktor Bout, a businessman convicted in the US of arms smuggling. Bout’s “offenders” would face sanctions from Russia. The danger of the US Magnitsky Act and the Russian response to it lies in the open nature of the lists of presumed offenders, which can be added to by politicians. There is nothing in the new legislation which prevents imposing sanctions – and counter-sanctions – on senior government officials and leading political figures.

Unlike governments, parliaments, who will be “naming and shaming,” are far less disciplined and encourage private initiative. A “personal” cold war, should it reach that level, can get real nasty and damage the relationship well beyond what the Kremlin and the White House would find tolerable.