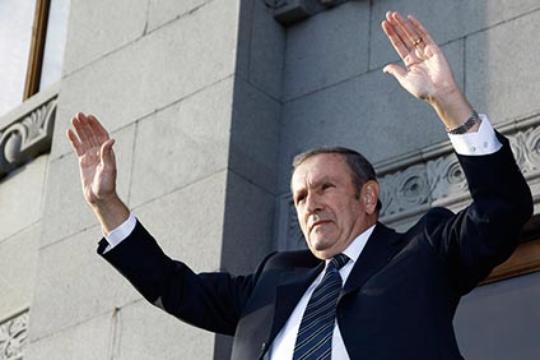 Aram Amatuni in his political analysis referred to Levon Zurabyan’s statement that boycott is a means to show their attitude towards the elections because the most optimal way must be found in this matter. Boycotting actually is not a bad point for the ANC because the latter doesn’t have enough chance.

ANC leader Ter-Petrosyan understands that his chances are worse than they were in 2008 and not only taking into account the numbers, but the pre- and post-electoral aura, Amatuni states. This is the reason the ANC comes up with a possibility of boycotting the elections.

The political analyst states in case the ANC decides not to participate in the upcoming presidential elections of 2013, the lion’s share in this decision will have the PAP and Tsarukyan’s withdrawal from candidacy. This will lead to the deprivation of the shadow support from the PAP to the ANC as well. Amatuni states the expectation to believe the PAP support was very naive.

Thus Ter-Petrosyan may follow Tsarukyan’s example and not participate in the presidential elections but it would be wrong to consider this step as a boycott. The followers of Ter-Petrosyan, no matter what the latter’s decision is, will state that was the best of all possible options.

Amatuni concludes that this is by all means a theoretical approach to the elections because the possibility of boycotting can be almost excluded taking into account Raffi Hovhannisian’s statement of putting his candidacy. Besides the influence of the boycotting will greatly depend on the united character of opposition.in case this is not achieved, the boycott remains a self-aimed and unsuccessful action.