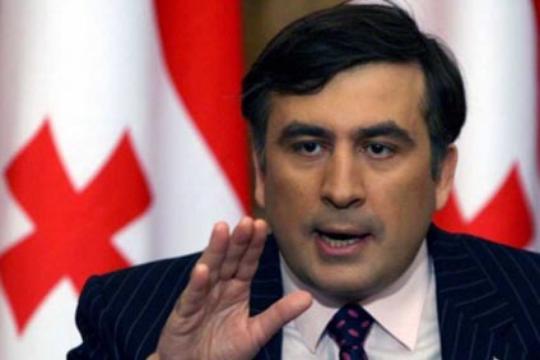 Georgian media reports that President Mikheil Saalashvili commented on the action which was done towards Rustavi 2 TV chief executive, Nika Gvaramia, who was arrested together with former energy minister Alexander Khetaguri and three other persons, including former deputy economy minister, for alleged corruption on December 19.

According to Saakashvilli, Gvaramia has been arrested under “completely false charges” and should be immediately released.
“I know very well that pressure has been exerted on owners of this television station.They failed to find anything against the owners and they won’t be able to find anything against them, so now they arrested the director of Rustavi 2 TV under completely false charges. I want to warn them that everything will be over very soon and very badly for those who are doing it,” said Saakashvili, adding “No one will be able to establish a regime in Georgia, which they apparently referring PM Ivanishvili’s government aspire to establish; they are very close to dangerous edge. I am saying it as the President and as a citizen of this country. I demand an immediate release of the director of free television station. I want to express not only my hope, but confidence that it will be over very well and much sooner than they think ”