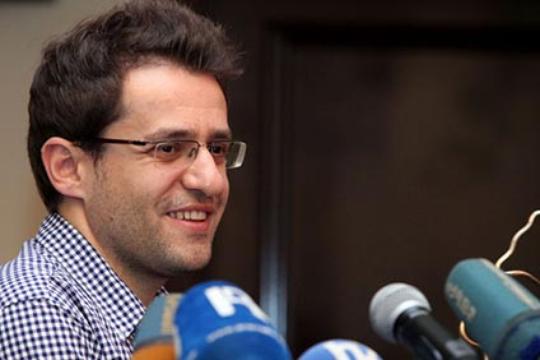 In the final day of the tournament Aronian played draw with Teimour Radjabov of Azerbaijan and Peter Leko of Hungary and defeated Wang Hao representing China.

In a final result Aronian scored 5.5 points and topped the ranking list of the tournament. Hikaru Nakamura representing the United States came in second place and Azerbaijani Shakhriyar Mamedyarov was third.
Blindfold chess (also known as “sans voir”) is a form of chess play wherein the players do not see the positions of the pieces or touch them.