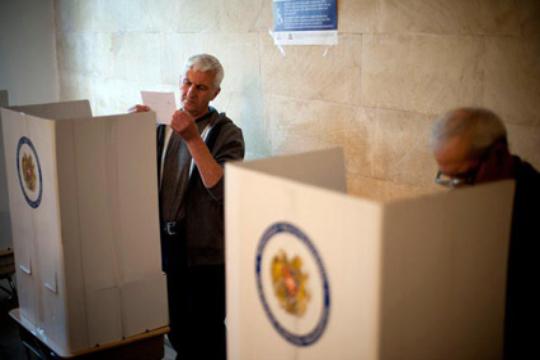 The only hope of the presidential candidate are non-party members

“Today, people that are out of political life and parties compose quite a great number in the RA reality and represent a great power. If we manage to unite them, we will implement a great work in salvation of Armenia’s problems. I mean to form a political team out of the mass of voters.” said presidential candidate Hovik Aghazaryan. He said that in case he is elected, the country will pass to parliamentary system of government.

Speaking of the other presidential candidate, Martik Sargsyan, Mr. Aghazaryan said that he is his best friend and played a great role in the formation of his family.
Hovik Aghazaryan considers participating in the presidential elections a notion of courage, and his main opponents in the election are Serzh Sargsyan and Levon Ter-Petrosyan.

“Depending on the outcome of the election and the ideas to be acceptable, it is possible that I will set up a political party,” said the candidate.