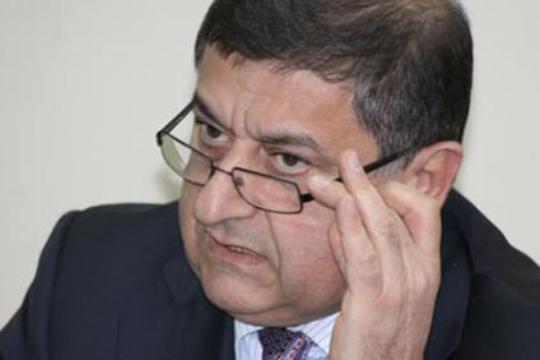 What answer will Jhangiryan give?

Today the Court of First Instance of Shirak region made a decision, justifying three people sentenced to life imprisonment for the case of Mataghis, who 9 years ago was accused by the military prosecutor’s office for killing a soldier from their unit.
Reporter Eghiazar Aytaptsi writes in his analyses that the case of Mataghis was quite noisy one, which also has a very sensitive political context. The thing is that this case was drawn forward by the opposition leader, one of the outstanding figures of the ANC, Levon Ter-Petrosyan’s follower Gagik Jhangiryan. He was the military prosecutor, when that case was opened, and he was moving forward the version of the guys being guilty. Jhangiryan actually won and the innocent young people were held in prison for several years.
Ayntaptsi writes that today, when they were released, the public rightfully raise questions about to subject to justice those responsible for the years the young people spent in prison.
“What answer will Jhangiryan, his investigators, the courts of first instance and appellate judges, based on whose decisions the innocent people were held in prison for several years, give? After all, this is not a question of one case; this is the problem of legacy in the Republic of Armenia.” writes Aytaptsi.
He concludes with a statement that the case of Mataghis should be a turning point in this regard, to be also a lesson to all investigators, prosecutors and judges that they have to answer according to the law for their wrong decisions.