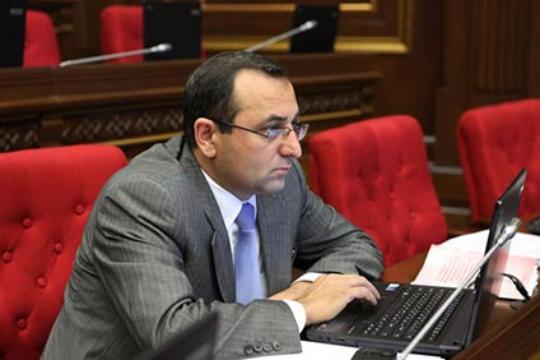 The NA special session held the second reading of the issue on making amendments and additions to the “Cash register Operations” bill. As presented the Vice Minister of Finance Suren Karayan, it is proposed to impose liability for violations on cash register operations not once, but for all the cases discovered during the inspection.

According to NA Head of the Standing Committee on Economic Affairs Vardan Aivazian’s assessment, the draft suggests “palliated regime”, because in the past each case of violation was fined for 500 thousand AMD.

The ARF MP Artsvik Minasyan notes that these changes tighten the sanctions, because if the penalty was assigned for each violation, now they combine them, and if it is more than 3 million AMD it will be determined by the sum.

It is planned to run this toughening effect from January 1, but Mr. Minasyan added that they are short of time and it will not be appropriate to decide it in 10 days and start to fine. “If you want to fight against the shadow, we need a plan that would be perceptible in terms of time.”