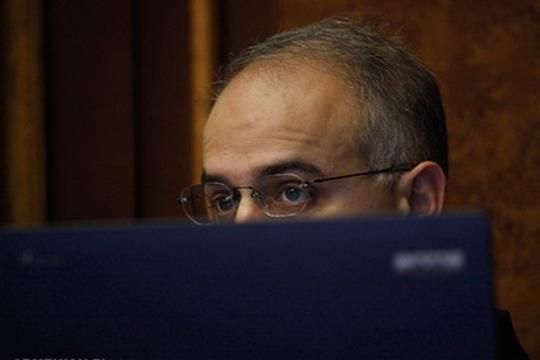 If politics is fair

In his political analysis Musa Mikayelyan dwells on the recent scandalous recording which was done in a café during Zohrabyan-Oskanian talk. Even though the political analyst condemns the fact of recording latently a discussion, he finds it appropriate to put under discussion.

First of all it must be condemned that the politicians’ talk can be latently heard. Besides, the NSS rejects its relation to the recording. Mikayelyan states it would be better if it stated it had, because in that case it would be a violation of law. Since the NSS declared it does not have any connection with the record, it means besides being a violation of a law, it is also a great concern for the national security of the country. As a matter of fact the NSS has to find out who is connected to this recording.
Mikayelyan states the other side of the issue is the moral-political. It has never been a secret that the politicians say one thing in the public then discuss other things in private. Although this is a fault of whoever committed the action, nevertheless it must sober the politicians to watch their words.

Mikayelyan concludes it is not a secret we live in a country where the government does not stop before any fact to keep the power. In case the politics becomes a fair issue, no such things will be needed anymore.