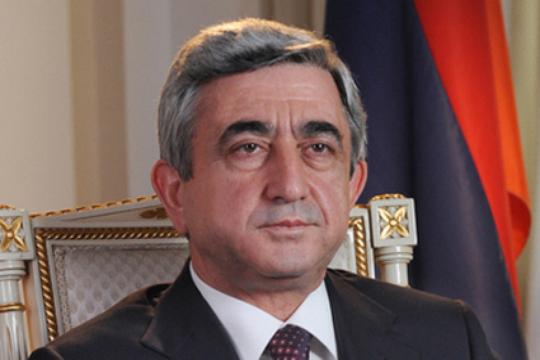 As the office of the president’s staff and press office state Serzh Sargsyan congratulated Armenian State National Academic Choir on its 75th birthday. In his congratulation message the president stated under the auspices of Tatul Altunyan and Aram Ter-Hovhannisyan the choir acquired its fame and national recognition and became the ambassador of the Armenian culture abroad.

Since 1961 the choir has been conducted by a young immigrant from Constantinople Hovhannes Chekudjyan who fostered the choir’s already established fame and enriched the pages of Armenian culture with victories and flamboyant successes. The choir had 813 concerts worldwide spreading the voice of Komitas, Makar Ekmalyan, Christaphor Kara-Murza, Armen Tigranyan, Aram Khachaturian, Arno Babajanyan, Aleksandr Harutyunyan.