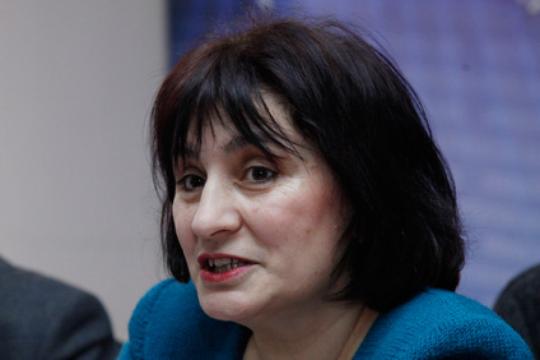 If it continues, the future of our nation will face a serious threat. Psychologist

We need to raise the national awareness of the public. This was stated by psychologist Karine Nalchajyan, who referred to the deficit of the national self-consciousness in Armenia.

She noted that culture is being distorted, which consequently influences the psychology of people. According to the speaker, there are, of course, national traditions or traditional approaches that cannot remain the same, but people turn to the foreign things, which lead to national self traumas.

“Culture has ethno-defending function, when we meet such distortion, we understand that cultural policy should be pursued seriously, otherwise we will lose ontological resources,” said Karine Nalchajyan.

Referring to the education, the psychologist noted that Armenia has educational traditions, the nation’s attitudes toward education are positive. However, she added that the interest towards education has decreased; there is a large mass of people, who are unaware of our educational values.

“We have schools and universities. There is a good experience from abroad, we make it ours and improve the system. We made an announcement that our young people who will study abroad will definitely get high positions in Armenia. What should do those young people, who are aware that they cannot achieve success in their country, because they have not finished a university abroad? This is something like opening a new migration path,” commented Karine Nalchajyan.
According to a psychologist, if it continues, the future of our nation will face a serious threat. We should take more serious measures.