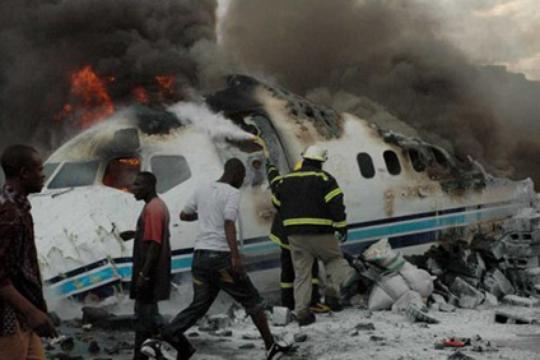 According to official sources, Press Secretary of General Department of Civil Aviation Nelly Cherchinyan said that the bodies of the Armenians pilots, who lost their lives as a result of the plane crash in the Republic of the Congo, will be brought back to Armenia in the coming days.
Recall that a cargo plane belonging to Armenia’s “Ridge Airways” company crashed on November 30 while trying to land at the airport of Republic of the Congo capital city Brazzaville. At least thirty people, including seven crew members, among which five citizens of Armenia died as a result of the accident. The killed Armenian pilots are Varazdat Balasanyan, Ara Tovmasyan, Tadevos Hovhannisyan, Andranik Gevorgyan, and Edgar Avetyan.
The Congo-Brazzaville authorities have started an investigation to determine the cause of the accident. According to eyewitnesses, the plane crashed as a result of a lightning strike.