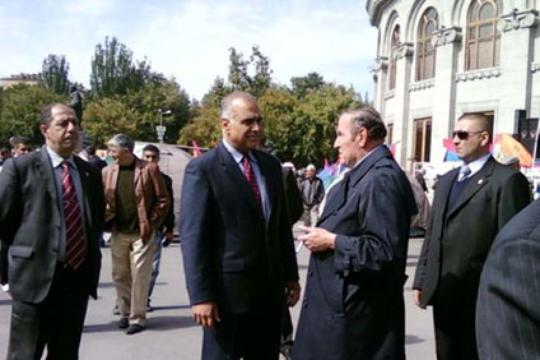 The previous attempts to come up with a joint candidate for the presidential elections failed since both the ARF and PAP are playing with Serzh Sargsyan. The only power left out of incumbent government discussions is the ANC. It would be favorable for Ter-Petrosyan to have Tsarukyan as a joint oppositional candidate. It would save him from fiasco however this option seems to be excluded. It becomes clear that Ter-Petrosyan is not the opposition joint candidate and it makes things even harder. In case the ANC proposes other candidate, it will shatter the ANC Ter-Petrosyan is a prestigious figure in the Congress and manages to solve the issues with his respectability which cannot work in case other member is proposed.

If the ARF, ANC, PAP boycotted the elections, it would be a different scenario, but it could not work since one of the opposition parties “Heritage” would not participate in the boycott.