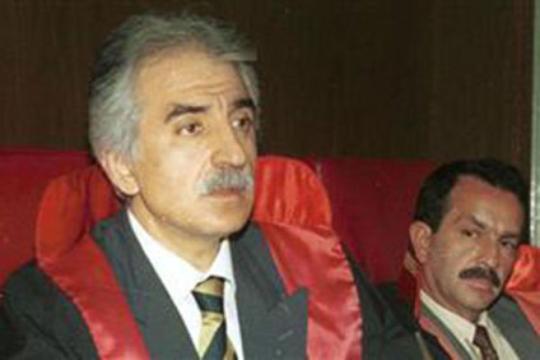 Asbarez writes that the judge recently appointed as the chief ombudsman of Turkey’s newly created ombudsman institution has a history of failing to respect human rights standards, and his appointment risks the effectiveness of the new institution.

Mehmet Nihat Ömeroğlu was sworn in by Parliament as head of the ombudsman institution on December 5, 2012.
As reported, the body was approved by parliament in June but has not yet been established.

Turkey’s highest court in 2006 upheld the conviction of the Turkish-Armenian journalist Hrant Dink for “insulting Turkishness” under the notorious article 301 of the Turkish Penal Code.
Ömeroğlu was sworn in a week after the majority of members of parliament from the ruling Justice and Development Party (AKP) voted for his appointment over two other candidates.

The decision to convict Dink targeted his writing on the impact on Armenians of the mass killings in 1915.
Dink was assassinated in January 2007.

In 2010, the European Court of Human Rights found Turkey to have violated Dink’s right to freedom of expression with the article 301 conviction, and to have failed to protect Dink’s life in the face of evidence known to the authorities that Dink faced a real and imminent threat in the form of plots to kill him.
“The ombudsman will be separate from the National Human Rights Institution, which the government has also made a commitment to establish. While the ombudsman can provide an important mechanism to investigate citizens’ complaints against state officials and institutions, its effectiveness will depend on the person leading it and the way its powers are used” said Human Rights Watch.