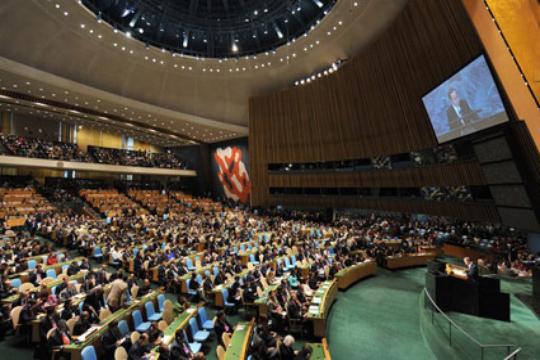 Planned for December 13 day agenda’s point 39 discussion (Status on the occupied territories of Azerbaijan) has been postponed. The date of discussion will be announced later. 1news.az refers to the official UN website reporting this. Day agenda’s point 34 discussion (Prolonged conflicts in GUAM region and their consequences for international world, security and development) , planned for December 13, has also been postponed, the message informs.