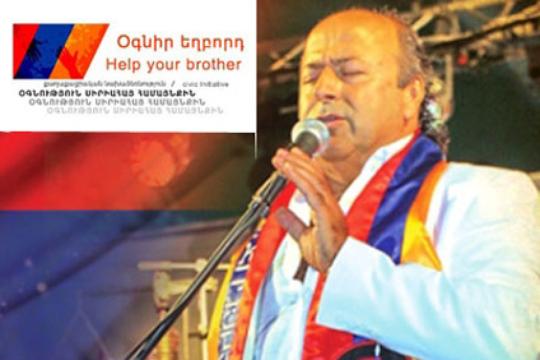 On December 2nd in the “Surikov hall” in Moscow a concert dedicated to the national music of Armenia took place with Garnik Sargisyan as the organizer. The evening was opened with the president of the “Hamshen” union Ashot Tutukchyan who stated the concert was aimed at making the national songs familiar to the Russian-Armenian audience.

The concert took 3 hours and Garnik Sargisyan presented more than 40 compositions with his band which caused excitement among the audience. Turning to more than a thousand people in the hall Garnik Sargisyan it was the first time he was visiting the Russian-Armenian diaspora, though he had previously been to many other communities.

Musician and singer Abraham Ruso supported Garnik Sargisyan during the evening with folk songs and told those present that people like Garnik Sargisyan bring up generations with their exciting songs. The songs were accompanied by Armenian dances.
The profit of the concert will be allotted to the Syrian-Armenians.