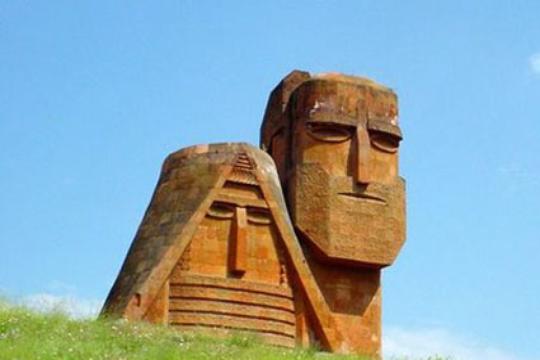 We, the participants of the Independent Civil Minsk Process on the resolution of Nagorno-Karabakh conflict express our deep concern about the recent developments
Regardless the fact that many joint statements, including the pen lateral statement on Nagorno-Karabakh at the OSCE Astana summit, were adopted , both parties keep toughening their stance, by bellicose rhetoric of the officials along with political and media actions aimed at conflict escalation

Such developments flare up tensions on the border, the precedents of breaking the ceasefire and firing increase in number, thus entailing numerous deaths of the military men and peaceful civilians.

The situation in the zone of the conflict mounted to a dangerous point, making the threat of war resumption quite feasible.

In order to foster the process of peaceful conflict resolution it is necessary to exercise approaches providing the opportunity/even in the presence of existing discrepancies/to commence practical measures on building up confidence along with resolving major disagreements between the two parties and establishing full-fledged cooperation.
This approach can be realized only in terms of safeguarding comprehensive guarantees/including the international guarantees/of Nagorno-Karabakh security along with providing Nagorno-Karabakh with an interim status as a party to a peaceful treaty with the subsequent commitments and the corresponding share of responsibility for its realization.
With reference to the abovementioned provisions the participants of the Independent Civil Minsk Process urge the political leadership of both countries as well as international mediators
To stop war rhetoric, political and media actions aimed at conflict escalation
To take urgent measures on securing the ceasefire regime and preventing armed collisions, as well as to ensure the immediate withdrawal of snipers from the frontline.
To add to the basic principles /non-use of force, territorial integrity equality and the right to self-determination/one more principle “peaceful settlement of disputes” based on Helsinki Final Act.
To develop a “Road Map”of Nagorno-Karabakh conflict resolution
We urge the civic community of both sides of the conflict as well as political and public forces to become active part of the peace process,seek compromise, renounce ambitious demands and share the responsibility for building a peaceful, safe and prosperous region of the South Caucasus.

The declaration was adopted by