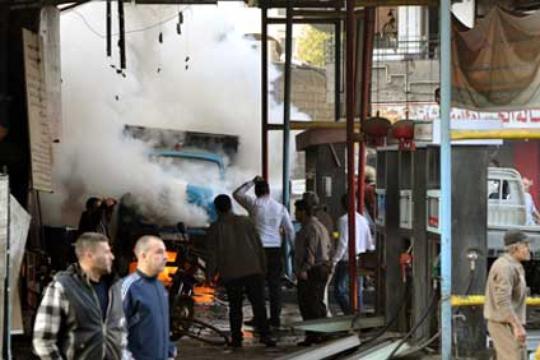 Russia is ready to assist its citizens, who wish to leave Syria

Russia is ready to assist its citizens, who wish to leave Syria. It was sated today by Special Presidential Envoy for the Middle East, Deputy Foreign Minister Mikhail Bogdanov.

“We have plans for all occasions; we keep in touch with our citizens in different areas. In any case, we have a clear idea who is where.” Bogdanov did not secified how many Russians may be now in Syria, because not all Russian citizens are on the consular register. The diplomat only noted that there are “mostly women married to Syrians, and people sent to embassies and consulates.”

“If someone wants to leave, there are objective possibilities. First of all, the Syrian airline “Aeroflot, which stopped flights to Damascus. But there are other ways out, in particular, via Beirut, or the borders of other states, through Jordan.” said Mikhail Bogdanov.