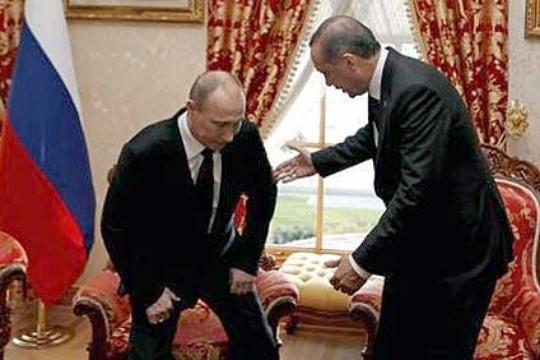 Currently the 3rd session of Russian-Turkish Cooperation Council on high-level is launched in Dolmabahche, which is co-chaired by Putin and Erdogan.
Turkish media drew attention to the fact that Putin sat down in the chair with difficulty.