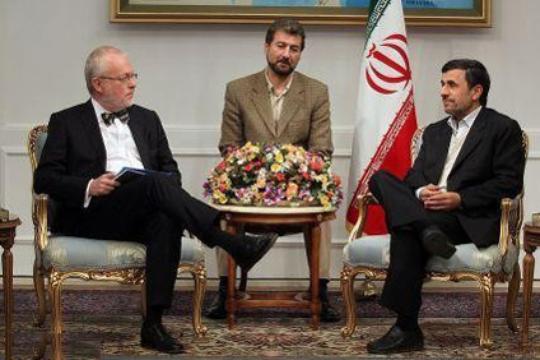 “There is such a situation in the world that the other countries cannot have nuclear weapons.” Ahmadinejad

Iranian media reports that Sweden’s new ambassador to Iran Peter Tiler presented his credentials to President Mahmoud Ahmadinejad. Swedish ambassador said that Iran’s nuclear issue should be decided exclusively by diplomatic means.
Ahmadinejad said, “The U.S. makes pressure on the IAEA on the preparation of reports, which, however, will not solve the problem. Iran does not have nuclear weapons and have never been keen on it, considering it as an ineffective weapon. The fact of having atomic bombs cannot solve social and economic problems of the country.
Such a situation is created in the world that other countries cannot have nuclear weapons. The era of culture and humanism has come to the world.”