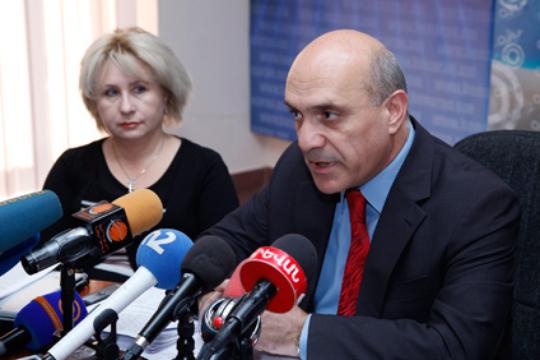 The president’s web-site has a low rating index

The president of the committee on the right of free speech, Ashot Melikyan today presented the IT transparency monitoring results. The examinations were held with 2 levels: 1) February 15 – April 15, 2) August 1 – November 1.

Melikyan stated this year 52 sites were examined as compared to the 38 of the previous year which have conventionally been diversified to three categories: first one included ministries and the government adherent bodies, second category included ten regional government bodies, third category included the president of the RA, NA RA Government, RA Prosecution, Municipality web sites.

According to Melikyan there was a positive shift for a couple of these web sites and stated their aim is to show these bodies the shortcomings of their web sites so that they could improve them. The first place of the rating took the regional government ministry, which was the first last year too, second place – Ministry of Justice, third place – migration state service web site.

The first two places have shared the boundary of 60% of transparency. The worst from the point of view of its transparency is the National Committee of Television and Radio Broadcast having only 21.98% transparency.

This however does not mean that the leading web sites are exempt of shortcomings.
Melikyan concluded the president’s web site has a rather low index and there are a number of missing points there.