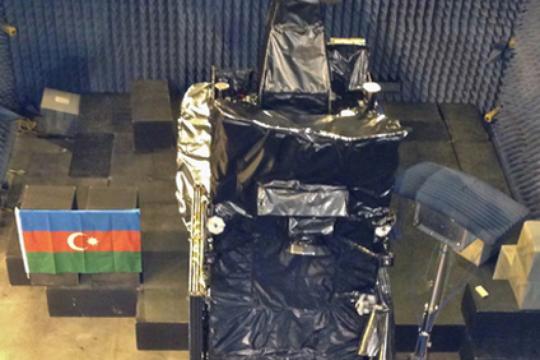 Azerbaijani media reports that the final testing of the first national telecommunication satellite Azerspace -1 is underway.
Tests are planned to be completed until December 5, after which the satellite will be ready for launching.

The satellite will be delivered to the Kuru Cosmodrome in January 2013, but its launch into a geostationary orbit is planned for February 2013.
The satellite will be launched into a geostationary orbit at 46 degrees Eastern longitude, leased from the Malaysian company Measat Satellite Systems owned by the Malaysian government.
The countries of Eastern Europe, Caucasus, Central Asia and Northern Africa will enter the zone of service.

Note, the telecommunication satellite of Azerbaijani Azerspace has been determined to offer services of digital broadcasting, access to the internet network, database transfer, creation of multiservice VSAT networks and also government relations.