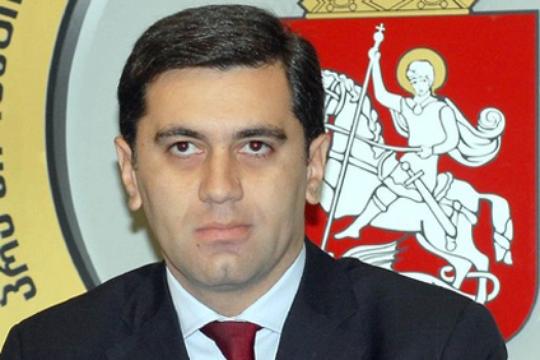 Georgian media reports that Tbilisi City Court will begin considering Georgian former defense minister Irakli Okruashvili’s case.
Note, Okruashvili was arrested on November 20 at the airport immediately upon returning to Tbilisi from France, where he has the status of a political refugee. He was detained upon three articles of the Georgian Criminal Code.
This case is being considered in the court. He could be sentenced from 6 to 9 years on this accusation.

We should recall that Okruashvili returned to Georgia on an Istanbul-Tbilisi flight early in the morning of November 20 with his uncle Iosif Giguashvili.
According to a decision of Tbilisi City Court as of March 28, 2008, Okruashvili has already been sentenced in absentia to 11 years in prison for embezzlement of budget funds.