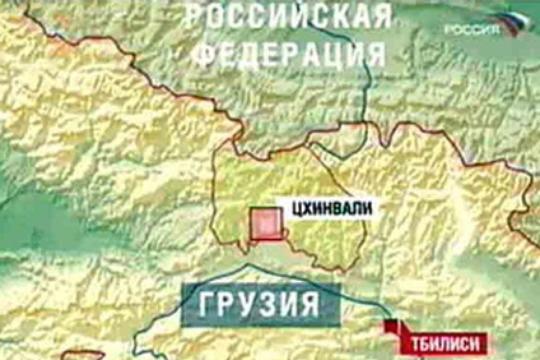 Georgian media, citing country’s Interior ministry, reports that an incident occurred in a gorge, located in the Tskhinvali region (South Ossetia) where two unknown men attacked the microbus with the Georgians.
As reported, Tsvnelisi villager Vakhtang Sebiskveradze and his son were traveling from Abano village to Koda when four armed men in Russian uniforms, blocked the way to a car. Sebiskveradze tried to escape from the place. But gunmen opened fire.

However, the Georgians managed to escape.
Later, the same armed group which entered Tbilisi-controlled territory from South Ossetia, opened fire on a citizen who was walking along a rural road.
The Georgian law enforcement bodies opened return fire. As a result, no one was injured.

According to the Interior Ministry, the Ossetian side has arrested all the members of an armed group.
The situation is being studied by the EU observation mission, which is located on the border of the conflict zone.