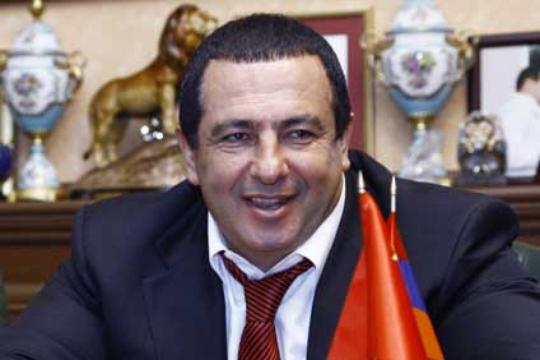 PAP can never be considered an oppositional power. Vigen Avetis

Armenian intelligentsia in Diaspora thinks that the main powers participating in the upcoming presidential elections don’t think about cooperating with Diaspora.
Vigen Avetis, Armenian sculptor living in Florence, gave an interview to our News Agency and according to him none of the three presidents of RA have tried to be in close contact with the Diaspora.

“In 1991-92 it seemed that Diaspora and Armenia are getting closer but Armenian government pushed Diaspora away from the country. The Ministry of Diaspora and the minister do everything possible in order to be away from Diaspora. They just say, dear Armenians come back to your home but do nothing. They can at least not let the Armenians leave the country. Why Diaspora Minister is not going to airport and asks Armenians not to live the country? Armenian Diaspora is waiting for Armenian authorities, but they don’t see any contact line. I agree that TV-marathons are very important and helpful for Armenia since at that time all the Diaspora thinks about Armenia but why Armenia doesn’t think about Diaspora? I think that the government must adopt a law, according to which all the Armenians living abroad must get Armenian Passports” said Vigen Avetis.

He also talked about the upcoming presidential elections and according to him PAP can’t be considered as an oppositional power.