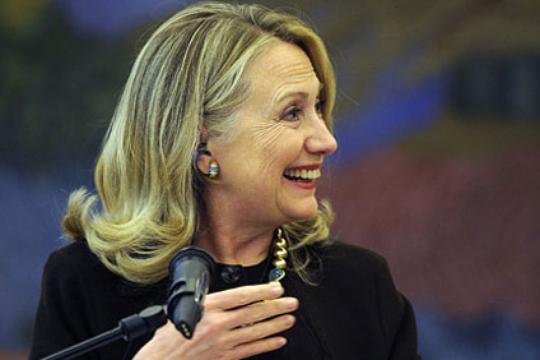 Hillary Clinton has criticized the policies of the governments of Ukraine and Belarus, and highly estimated the October elections in Georgia.
On Thursday, November 20, Clinton made a speech at the Brookings Institution in Washington, at a forum on the U.S. and European partnerships.

“The October elections in Ukraine were a step back in the democratic development of the country, and we remain deeply concerned about the case of selective justice being accomplished over opposition leaders,” said State Secretary.

“In Belarus, the authorities continue to systematically violate human rights, and we must continue to fight for the release of political prisoners and to support those courageous activists who defend the rights of the people of Belarus,” – said the head of U.S. foreign affairs agency.

Clinton noted that the U.S. “welcomed the elections in Georgia and the first example of a peaceful transfer of power in the history of this country”.
However, she added that the U.S. government “continues to call for the new government of Georgia to demonstrate their commitment to democracy, transparency and the rule of law.”