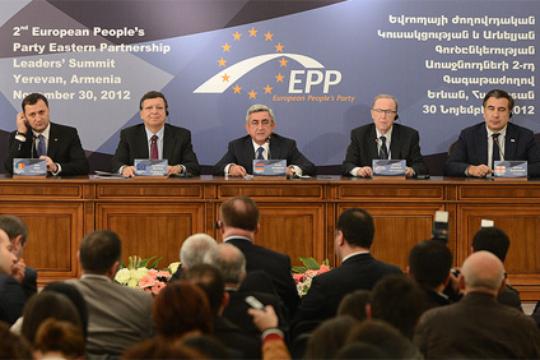 The president highlighted the importance of the inter-parliamentary cooperation between European countries and Armenia which has a great influence in deepening the bilateral relations on different levels as well.
Serzh Sargsyan particularly underlined the necessity to resist the violation of democratic principles of freedom condemned the military rhetoric and the use of force. The president referred to the blockade that Turkey has artificially organized and that the development of free market and economic prosperity is hard to achieve in this geopolitical stance Armenia is.

In the end the president expressed his gratitude for the participation in the conference which initiated Europe-Armenia dialogue.