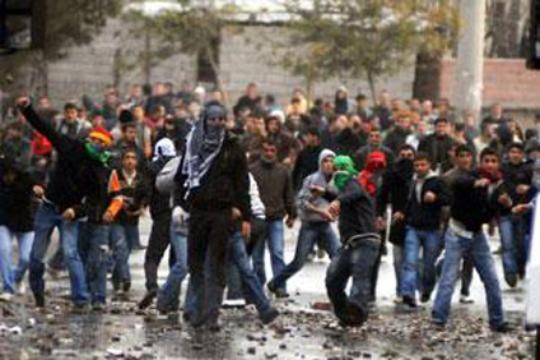 International Crisis Group issued its recommendations connected with developments around the Kurdish issue in Turkey. Find the text below.

As Turkey’s biggest Kurdish-majority city and province, Diyarbakır is critical to any examination of the country’s Kurdish problem and of the insurgent PKK (Kurdistan Workers’ Party). The armed conflict has deteriorated in the past year and a half to its worst level in over a decade, with increased political friction and violence leading to the deaths of at least 870 people since June 2011. While as many Kurds live in western Turkey, particularly in Istanbul, as in the south east, grievances that underlie support within Kurdish communities for the PKK’s armed struggle are more clearly on display in predominantly Kurdish areas like Diyarbakır: perceived and real discrimination in the local government and economy, alienation from central authorities, anger at mass arrests of political representatives and frustration at the bans on the use of Kur­dish in education and public life. Yet Diyarbakır still offers hope for those who want to live together, if Ankara acts firmly to address these grievances and ensure equality and justice for all.

Across the political spectrum, among Kurds and Turks, rich and poor, Islamic and secular in Diyarbakır, there is a shared desire for a clear government strategy to resolve the chronic issues of Turkey’s Kurdish problem. Official recognition of Kurdish identity and the right to education and justice in mother languages is a priority. The city’s Kurds want fairer political representation, decentralisation and an end to all forms of discrimination in the laws and constitution. They also demand legal reform to end mass arrests and lengthy pre-trial detentions of non-violent activists on terrorism charges.

Control of Diyarbakır is contested on many levels. The state wants to stay in charge, channelling its influence through the Ankara-appointed governor and control over budget, policing, education, health and infrastructure development. The municipality, in the hands of legal pro-PKK parties since 1999, most recently the Peace and Democracy Party (BDP), is gathering more power against considerable obstacles. The Justice and Development Party (AKP) that rules nationally has ushered in a more progressive approach to police, but this has not ended confrontations and defused local hostility. Turkey as a whole, and Kurdish-speaking cities like Diyarbakır in particular, need a coherent, informed debate on decentralisation and a strategy to implement it.

The current government has done more than any previous one to permit Kurdish language use in Diyarbakır and elsewhere, but most Kurds want nothing less than a com­mit­ment to education in their mother language. The government’s initiative on optional Kurdish lessons should be fully supported as a stepping-stone in a structured plan to achieve declaration of that goal as a right.

Once Turkey’s third best off economic centre, Diyarbakır and its surrounding province have fallen to 63rd place at last measurement. Investment has long been low due to violence, flawed government policies and PKK sabotage, kidnappings, terrorist attacks and extortion. But residents show their faith in the city’s future through their investment, particularly in marble quarries and the booming real estate sector. Diyarbakır’s location at a regional historic crossroads still makes it an important hub for elements of the service sector, such as courier businesses and hospitals. Thousand-year-old monuments could make it a tourist magnet.

Fighting between the security forces and the PKK, mostly in the south east, is rising. While Diyarbakır has mostly been spared the worst of the recent violence, the civilian population and local politics are nonetheless increasingly stressed and polarised by events. The AKP is losing its appeal, and the BDP, while uncontested as the strongest political force in the city, has yet to prove its political maturity and ability to be more than a front for an increasingly violent PKK. The moderately Islamic Gülen movement is trying to offer another way, and as a negotiated settlement seems less likely, Kurdish Islamic groups are boosting their already substantial influence.

Yet, voices from Diyarbakır insist that common ground exists, as it does throughout the rest of Turkey. Crisis Group, in two previous reports in 2011 and 2012, recommended that the government announce a clear strategy to resolve the conflict, focusing in the first instance on justice and equal rights for Kurds. It suggested that the government work pro-actively with Kurdish representatives on four lines of reform: mother-language rights for Turkey’s Kurds; reducing the threshold for election to the national parliament to 5 per cent from 10 per cent; a new decentralisation strategy; and stripping all discrimination from the constitution and laws. Once these steps have been taken, it could then move to detailed talks on disarmament and demobilisation with the PKK. In short, both sides need to exercise true leadership, by eschewing violence, committing to dialogue and achieving the Kurds’ legitimate aspirations through Turkey’s existing legal structures, especially in the parliamentary commission working on a new constitution.

This companion report additionally offers recommendations specifically for urgent action by the government and legal leadership of the Kurdish movement in Diyarbakır to strengthen Kurds’ trust in the state by working to resolve pressing local problems and to ensure the long-term development of the city and province.

To the Turkish Government and Diyarbakır community leaders, including the Kurdish movement’s legal leadership:

To establish mutual trust between Turks and Kurds

1. The Turkish government should pass and implement legal reforms to allow the use of mother languages in trials, shorten pre-trial detentions and ensure that Kurdish and other suspects are taken into custody in a humane manner. It should encourage local police to continue improving engagement with the Diyarbakır community and end use of excessive force, even in response to unauthorised public meetings and demonstrations.

2. Community and Kurdish movement leaders should comply with procedures on public meetings and dem­on­stra­tions; renounce all PKK violence; and continue civil society efforts, such as the recently established “Dialogue and Contact Group”.

To guarantee use of mother languages in education and public life

3. The Turkish government should complete the implementation of optional Kurdish classes in the 2012-2013 academic year transparently; define a timeline for full education in mother languages wherever there is sufficient demand; continue to prepare teachers and curriculums for this transition; allow local elected officials to change relevant laws and regulations so as to restore or give Kurdish names to local places; and relax the ban on the use of Kurdish in public services.

4. Community and Kurdish movement leaders should acknowledge the government’s positive steps in these areas, and stop boycotts of optional Kurdish classes.

To ensure a fair debate and eventual consensus on decentralisation

5. The Turkish government should lead a debate in Diyarbakır, as well as nationwide, about municipal governance and decentralisation.

6. Local government leaders should cooperate and meet with central government representatives who visit the province and clearly express their commitment to achieving Kurds’ democratic demands legally.

7. The Turkish government should ensure that Diyarbakır receives a fair share of public funds, particularly for education, international airport facilities, railway connections and industrial zones, equivalent to that of comparable cities elsewhere in Turkey; and pro-actively promote domestic tourism to this and other historic cities in the south east.

8. Community leaders should reach out to Turkish mainstream opinion to help overcome prejudices about the Kurdish-speaking south east through the exchange of business delegations, school trips and professional conferences.