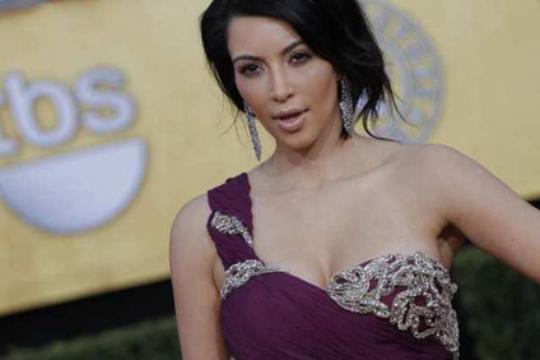 Glendale News press reports that Kim Kardashian may not be able to be run for mayor of Glendale, but she may be invited to ride on the city’s upcoming Tournament of Roses Parade float.

Glendale Councilman Ara Najarian, who at a City Council meeting on Tuesday suggested the reality TV star should be invited to have one of four seats on the float, said that Kardashian has shown an interest in Glendale.
Kardashian caused quite a stir in April, when news reports of her desire to run for Glendale’s mayoral post surfaced. Although she can’t technically run for mayor — a ceremonial position appointed among elected council members; Kardashian got political pundits going.

As reported, Councilman Dave Weaver said he was against Kardashian sitting on the float, which features several Glendale landmarks, such as the Alex Theatre.
Instead, he’d prefer local high school students on the float.

“That creates more community involvement,” he said, adding that it’s much better than “sticking a council member on the float or a Hollywood movie star.”
Mayor Frank Quintero said he supported reviewing Najarian’s idea, but would prefer if Kardashian purchased a seat and donated the money to next year’s float.

Should be noted that according to the report, Glendale has experienced financial difficulties in covering the cost of the Rose Float in recent years.

The Tournament of Roses Parade, better known as the Rose Parade, is “America’s New Year Celebration” held in California, a festival of flower-covered floats, marching bands, equestrians and the Rose Bowl college football game on New Year’s Day (but moved to Monday if New Year’s Day falls on a Sunday), produced by the non-profit Pasadena Tournament of Roses Association.