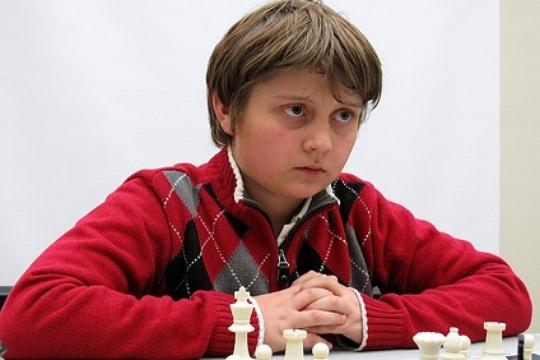 As it was earlier reported, Samuel Sevian, representing the United States, became World U12 Champion in the World Youth Championship.

Samuel Sevian (born in December 26, 2000) is an American chess player. On December 19, 2010, he became the youngest National Master in USCF history with a rating of 2206 at the age of 9 years, 11 months and 23 days.
Sevian started his chess career in Orlando on August 12, 2006. His first major success occurred when he became the youngest expert in US history, an achievement that was featured in an article of the Los Angeles Times byInternational Master Jack Peters.

Samuel learned to play chess at age 5 and earned a modest rating of 315 from his first tournament in August 2006, when he lived in Florida. By the time his family moved to California a year ago, his rating had risen to 1614, higher than most adults.
Much credit goes to Samuel’s father, Armen, a physicist with a Class A rating of 1908. Armen grew up in Armenia, where he was taught by master Henrikh Kasparyan, a world-famous composer of endgames. Father and son solve endgame studies every day. The benefits are indisputable.
Samuel’s teacher, former state champion IM Andranik Matikozyan, calls Samuel “exceptionally good” at blindfold play. Matikozyan has never heard of a youngster in Armenia or the Soviet Union who reached Samuel’s level at such a young age.

Sevian earned a spot on both the 2009 and 2010 All-America Chess Team. In 2009, at the age of eight, Sevian defeated his first National Master in tournament play. In January 2010 with a FIDE rating of 2119, he became the highest rated chess player in the world for his age.[6] He also qualified for the 2010 World Youth Chess Championship, and has reached the norms for the USCF Candidate Master title.