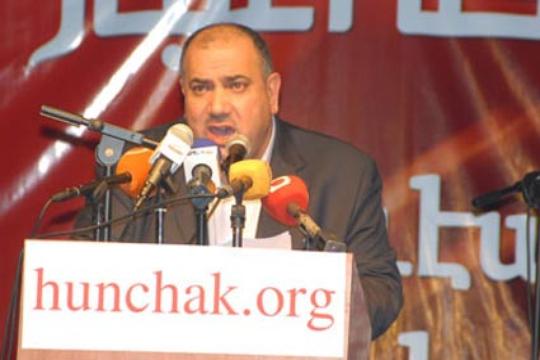 The RA should continue to lead a neutral position in the developments in the Middle East, said to the “First News and Analyses” the Lebanese parliament deputy, vice-president of the central administration of Beirut Hunchakian Party Sepuh Kalpakyan, referring to the upcoming official visit of President Serzh Sargsyan on November 26-27 and its objectives.

According to the Lebanese parliament deputy, the visit has nothing to do with the problems of the Arab region. The agreement on the visit was reached much earlier, after the visit of the President of Lebanon to Armenia.
“Lebanon, as well as Armenia, occupies a neutral position in the Syrian developments. Our desire is that Armenia to continue to keep neutrality in these matters and remain an observer. Especially in the Syrian conflict it should not be either against, ort in favor of the regime, because all of us are interested in the issue of security of our Armenians living there. I think that the Syrian issue is very complicated, and we do not need to go deep in these issues,” commented Sepuh Kalpakyan.

He noted that there may be a problem during the RA President’s visit to Lebanon. “The problem is that the Lebanese Parliament is divided between the two parties- factions of “March 8 “and” March 14″ . After the recent events in Lebanon, deputies of “March 14”, including me, are boycotting NA sessions. Two of Armenian deputies are representative of “March 8” power, and the other four members of “March 14”, including me. Therefore, if the president is to visit the Parliament, we will have difficulty to be present.”