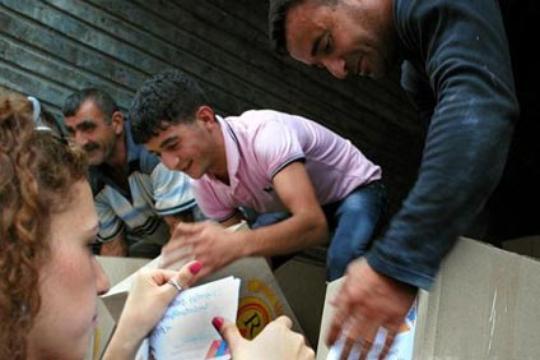 Armenians in Moscow to help Syrian-Armenians

Russian Regnum News Agency reports that Armenian youth in Moscow, with the support of the “Russian-Armenian Commonwealth” and the Association “Amshen”, in Moscow city will organize a charitable concert in support of Armenians in Syria.

As reported, the most important thing of this event is that on the Moscow stage for the first time will sing famous Armenian singer, performer of patriotic songs, Garnik Sargsyan, who was born in the Syrian city of Aleppo.
All the money which will be raised during the event will be allocated to assist the Syrian- Armenians.