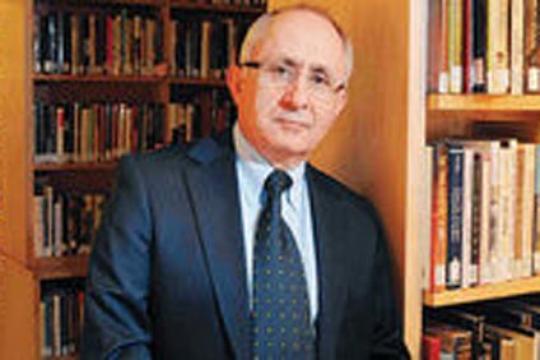 On Monday 29th and Tuesday 30th October, Akcam joined a delegation from ANC Australia for a series of meetings in Canberra. The meetings mostly conducted within Parliament House, educated legislators and government departments on Akcam’s latest research of Ottoman Archives, which reveals new details about the meticulous planning of the Armenian Genocide.

The trip to Canberra raised further the importance of Armenian Genocide recognition, resulting in Members of Parliament Michael Danby and Waren Entsch making statements in support of the cause.

Events were held at the prestigious Sydney Institute, the University of Sydney, Deakin University and the Jewish Holocaust Centre in Melbourne, before over-capacity audiences. ANC Australia secured interviews with Akcam on the Philip Adams Late Night Live program on ABC Radio, along with Jon Faine’s The Conversation Hour also on ABC Radio.

The signature event to conclude the week was the ANC Australia Annual Banquet, held at Miramare Gardens with over 250 guests and supporters in attendance. Throughout the evening, over $75,000 was raised to help fund the activities of the community’s peak public affairs committee throughout 2013.

Akcam delivered the keynote address to a standing ovation and was presented with an honorarium from ANC Australia to allow him to continue his vital research.

Nagorno-Karabakh was a key theme of the evening, with ANC Australia and the community paying tribute to Member of the NSW Legislative Council, Marie Ficarra and her colleagues for recognizing the Republic of Nagorno-Karabakh and its Armenian people’s right to self-determination.

At the conclusion of the week, ANC Australia Executive Director Vache Kahramanian remarked: “This evening brings the end to one of the most successful Advocacy Weeks held to date. Professor Akcam’s visit to Australia will have a lasting impact on our advocacy efforts throughout the country.”

ANC Austalia’s Community Relations Director, Stephen Abolakian said: “Tonight is a clear testament to the strength of the community and its full-fledged support of the ANC. We are deeply humbled by the ongoing support which is vital for our continued success.”