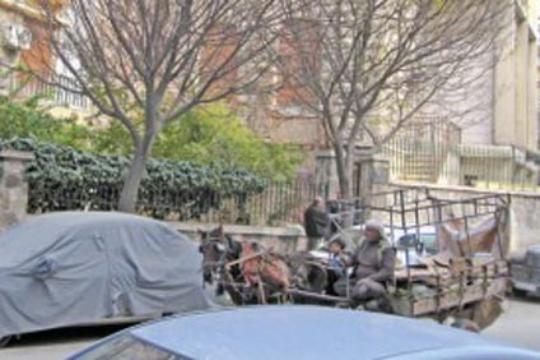 The Armenian Mirror Spectator daily writes that at a recent Board of Directors meeting, in New York, Edward Gulbenkian Jr., the president of the Gullabi Gulbenkian Foundation, announced that the maternity hospital in Aleppo, which had been established by his family, will temporarily be used to help the Armenian seniors of Aleppo.

Gulbenkian also mentioned that the Gullabi Gulbenkian Foundation, established in New York, in general has supported the educational needs of Syrian Armenians and especially the medical and health-related needs of the Aleppo Armenians. The Verjin Gulbenkian Maternity of Nor Kyugh turned out to be a blessing for the survivors of the Armenian Genocide, which kept its doors open until recently, when because of the civil unrest in Syria and the need of administrative reorganization, it was forced to shut down its doors temporarily.
Gulbenkian noted that henceforth, the director of the maternity hospital will be Hovhanes Hovhanessian, from Aleppo.

Gullabi Gulbenkian, being impacted by the loss of his daughter during childbirth, decided to establish the Verjin Gulbenkian Maternity Hospital in 1935 to help other Armenian families avoid similar suffering and loss. He also established two schools in Syria to meet the demands of the Armenian community there.