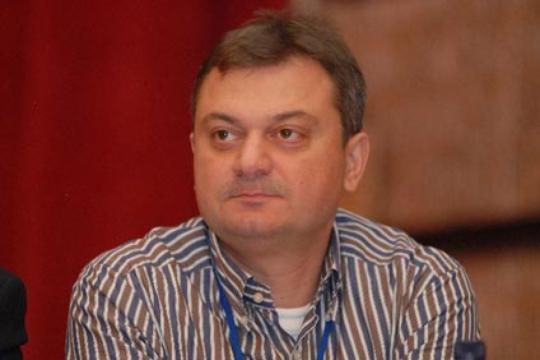 The damage of the Martyrs’ Church of Der Zor leaves space for doubts: Shahan Gantaharyan

The editor in chief of “Azdak” Shahan Gantaharyan discusses the current situation in Syrian regions mainly populated by the Armenians and states the destruction and the damages in Der Zor particularly leave space for doubts since that place has a memorial significance for the Armenians.

As a matter of fact, the president of the RA labeled Auschwitz – the “Jewish Der Zor”. The editor expresses his concern particularly because the opponents of the Armenian Genocide recognition are directly engaged in these destruction activities. The question does not only refer to the Turks, but Azerbaijan seems to be engaged in the region after the turbulences in Syria started. According to the Internet sources, Azerbaijani soldiers were found in Syria and recently 4 of them and one Turk were killed as a result of the clashes. Up to now no rejection of the information was received from Azerbaijani side. Gantaharyan does not exclude the possibility of a provocation whereby this information from either side of the enemy.

The editor concludes this must be an alarm for the state officials in Armenia because if initially only The Turkish side was engaged in the political processes in Syria, now Baku had got in.