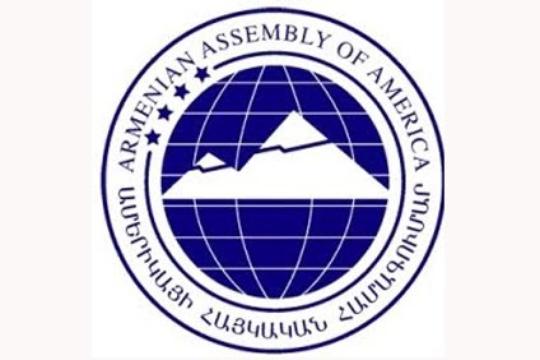 The Armenian Assembly congratulates President Barack Obama on his hard fought election victory for a second term in office against former Massachusetts Governor Mitt Romney, who ran a spirited and competitive campaign.

During President Obama’s first term U.S.-Armenia relations were strengthened through increased contact among high-level officials, including Obama’s official invitation to Armenia’s President Serzh Sargsyan to attend the critically important summit on nuclear non-proliferation in Washington, DC, as well the two visits to Yerevan, Armenia, by Secretary of State Hillary Clinton, and growing relations between the Pentagon and Armenia’s Defense Ministry.

More recently, the Administration reacted quickly in September to condemn the pardon issued by Azerbaijan’s President Ilham Aliyev of Ramil Sarafov, the Azeri lieutenant who brutally murdered an Armenian officer at a NATO Partnership for Peace program in Budapest, Hungary.

The president also repeatedly endorsed ongoing negotiations under the auspices of the OSCE Minsk Group by issuing statements along with the presidents of France and Russia, the other two participant states in the Minsk Group, encouraging the parties to peacefully resolve the Nagorno Karabakh conflict. President Obama’s re-election represents an opportunity to help reduce tensions in the South Caucasus and seek diplomatic solutions to regional challenges. The president’s victory speech correctly noted that there is “more work to do.”
While President Obama has repeatedly stated that his views on the Armenian Genocide have not changed and has employed the Armenian term Meds Yeghern, as we approach the 100th anniversary, the Assembly expects that President Obama will be more explicit in acknowledging the American record of Genocide recognition, work to reconcile Turkey with its past, and thereby help in the cause of genocide prevention around the world.

In addition to Obama’s victory, the Co-Chairs of the Armenian Caucus in the House of Representatives, Ed Royce (R-CA) and Frank Pallone, Jr. (D-NJ) and Armenian Genocide resolution sponsor Adam Schiff (D-CA) were re-elected, as were a majority of the Armenian Caucus members, including Armenian-American Congresswomen Anna Eshoo (D-CA) and Jackie Speier (D-CA).

“The Assembly looks forward to working with the Administration and the Congress to build on the progress already made on key issues for the Armenian community and for continued strengthening of U.S.-Armenia and U.S- Artsakh relations,” Ardouny added.

Established in 1972, the Armenian Assembly of America is the largest Washington-based nationwide organization promoting public understanding and awareness of Armenian issues. The Assembly is a 501(c)(3) tax-exempt membership organization.