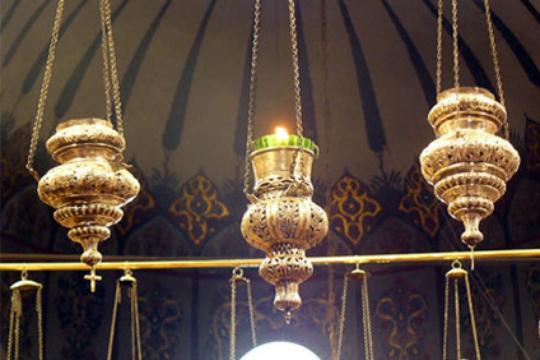 Armenia patriarchy and Christ’s tomb on the brink of closing

Christ’s tomb in Jerusalem is under the threat of being closed down because of the huge debts to water supply companies. The latters have presented a receipt with 2.5 million dollars of debts and the sanctuary’s accounts are frozen at the moment.

Assistant to the Armenian patriarchy to Jerusalem, Aris Archbishop Shirvanyan, tells the Armenians are one of the three owners of the tomb the other two being the Greeks and Catholics and all three have the same stands. One common conclusion is needed to decide the future destiny of the tomb. According to Shirvanyan, this issue is not new and was still on the agenda ever since last year when the local officials considered the privileges on water supply and utility service from Osman Empire times expired. Shirvayan does not consider this a deliberate policy of the Israeli authorities.