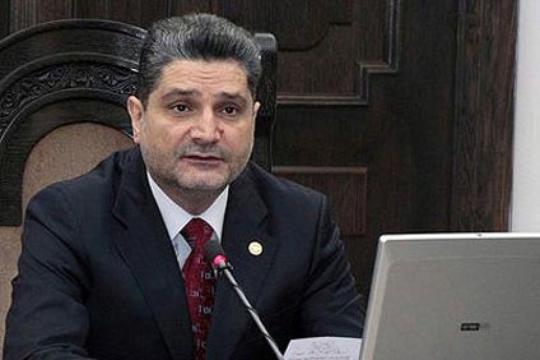 Russian Regnum reports that Tigran Sargsyan, Armenia’s PM, speaking at a meeting of the church council in Holy Etchmiadzin, announced that Armenian Government carefully follows the situation in Syria and the problem of Syrian-Armenians is in the center of the government’s attention.

“Thousands of families arrived from Syria to Armenia and we must do everything possible to make them feel comfortable, to be able to overcome the current difficulties, starting from the preparation of schools and ending provision of jobs for the Syrian Armenians so that they can build a new life in Armenia” said the PM adding “One of the oldest Armenian communities in the Middle East is located in Syria and its population exceeds 85,000 people, most of whom live in the capital city of Aleppo, where unfortunately the clashes are still going on.
Because of the violence in Syria, more than 40 Armenians have already been killed. As you know the Armenian community stands for peace and stability in Syria.”